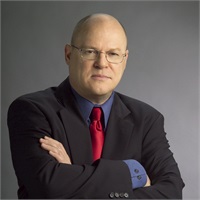 For more than two decades, Alan Fetzer has provided financial advisory services in the venture capital, private equity and investment banking sectors with a focus on securing capital for innovative technology companies. Alan has worked extensively in Silicon Valley assisting numerous early-stage companies secure the capital required to bring their proprietary technologies to market. His success stories in the Valley include Netmind, a developer of change detection technology, Sentius, a developer of search and navigation technologies; and ISPtel, one of the first global voice-over IP telcos. As a technology consultant, he has advised the IBM T. J. Watson center on the development of video compression software and has assisted 20th Century Fox develop its digital distribution platform.

In the executive arena, Alan was -president of Taito Software, the North American subsidiary of Taito Corporation, a Japanese game company that is now part of the Square Enix Group. From 1986 to 1991, under his direction, the company developed several hit video game titles which were distributed in over 15,000 retail outlets in North America. During this time, Alan worked closely with the management of Kyocera Corporation, a Taito corporate shareholder, to establish the brand awareness, international distribution and market share in the game industry that enabled Taito to complete one of the largest public offerings in the history of the Tokyo Stock Exchange.

Alan got his start in the corporate world at Data Resources, Inc. (DRI), the economic consulting division of Standard & Poors. As a DRI management consultant, Mr. Fetzer advised Wall Street commodities traders and hedge funds on the use of analytical computer models and predictive trading algorithms to manage risk and maximize trading profits.